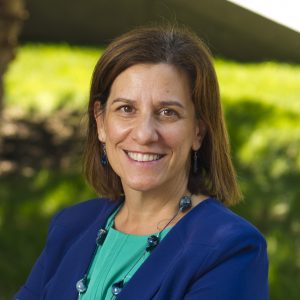 Dr. Susan Ambrose, Professor of Education and History, is Senior Vice Provost for Educational Innovation at Northeastern University. An internationally-recognized expert in college-level teaching and learning, Dr. Ambrose has conducted workshops and seminars for faculty and administrators throughout the United States and around the world. She focuses on translating research to practice in the design of curricula, courses, and educational experiences for both undergraduate and graduate students. Dr. Ambrose earned her Doctorate of Arts in history from Carnegie Mellon University and served as Associate Provost for Education, Director of the Eberly Center for Teaching Excellence, and a Teaching Professor in the Department of History at Carnegie Mellon before joining Northeastern in August 2012.

In this session, she considers how seven, research-based principles of learning impact participants’ work as they engage with students in a variety of ways through their respective roles.

Teaching and Learning Behind Bars 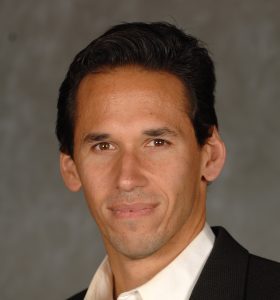 Dr. Marc M. Howard is Professor of Government and Law, and the founding Director of the Prisons and Justice Initiative, at Georgetown University. He is one of the country’s leading voices and advocates for criminal justice and prison reform. His academic research addresses the deep challenges of contemporary democracy and the tragedy of criminal justice and prisons in America. The author of three books and dozens of scholarly articles, his work has received numerous awards, including from the American Political Science Association and the International Studies Association. His most recent book is Unusually Cruel: Prisons, Punishment, and the Real American Exceptionalism. He is also a prize-winning teacher, and his “Prisons and Punishment” course has become one of the most sought-after courses at Georgetown.

This session explored the many reasons for providing education to incarcerated people. It highlighted the tremendous benefits for incarcerated students themselves–who develop a stronger sense of self, critical reasoning skills, and debate as a tool for conflict resolution–as well as for carceral facilities, which run more smoothly and peacefully when their residents are engaged and motivated. Howard shared examples from the new Georgetown Prison Scholars Program at the DC Jail, which now offers two credit-bearing courses per semester, along with a host of non-credit courses, and also invited two of his current students, Halim Flowers and Sekwan Merritt, to share their experiences as both incarcerated individuals and now Georgetown students. 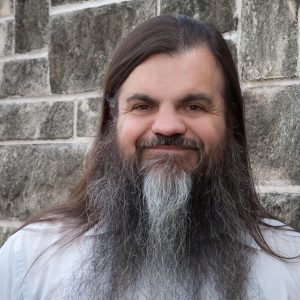 Dr. Bryan Alexander is an internationally known futurist, researcher, writer, speaker, consultant, and teacher, working in the field of how technology transforms education. Dr. Alexander taught literature, writing, multimedia, and information technology studies at Centenary College of Louisiana, where he pioneered multi-campus interdisciplinary classes, while organizing an information literacy initiative. From 2002 to 2014, he worked with the National Institute for Technology in Liberal Education (NITLE), a non-profit working to help small colleges and universities best integrate digital technologies. With NITLE, he held several roles, including co-director of a regional education and technology center, director of emerging technologies, and senior fellow. Over those years Dr. Alexander helped develop and support the nonprofit, grew peer networks, consulted, and conducted a sustained research agenda. In 2013 he launched a business, Bryan Alexander Consulting, LLC. Through BAC he consults throughout higher education in the United States and abroad.

This session began by developing present-day trends likely to shape higher education’s futures. They included trends from outside the academy that nonetheless impact universities, including forces from demographics, macroeconomics, culture, policy, and geopolitics. Technological change drivers receive particular attention, from 3d printing to digital video, artificial intelligence, and the rapidly changing device ecosystem. Then, trends within higher education are explored. These included changes in enrollment, finance, and equity. They also included the intersection of education with technology. Dr. Alexander concludes with scenarios for future universities.

How Do Universities Confront Their Pasts? 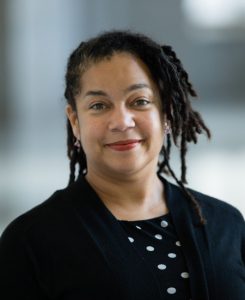 Professor Kathy Powers is an Associate Professor of Political Science at the University of New Mexico.  She is interested in the nature of institutional authority as well as institutional change and effects. Much of her present research focuses on the design of international institutions and law with respect to human rights, restorative justice, trade, and war. Specifically, she examines the institutional and legal determinants of transitional justice in the form of global reparations efforts following mass human rights violations, the international legal personality of international organizations, and how regional economic institutions that transform into military organizations impact war.

Professor Powers has published her research in diverse venues such as the Journal of Conflict Resolution, the Journal of Peace Research, International Interactions, Foreign Policy Analysis, the Review of International Studies, and the NAACP Special Edition. The National Science Foundation has supported her research on numerous occasions. She was recently awarded multiple fellowships to conduct research for her book Making Amends: The Institutional and Legal Landscape of Global Reparations while in residency at the United States Holocaust Memorial Museum and at the Woodrow Wilson Center for International Scholars in Washington, D.C.

Professor Powers is also the 2013 recipient of the UNM New Faculty Teaching Award and the 2010 recipient of the Faculty of Color Teaching Award from The Project for New Mexico Graduates of Color (PNMGC). She holds appointments in the UNM School of Law, Program of Africana Studies, and Robert Wood Johnson Center for Health Policy, as well as in the Department of Government at Georgetown University.

Topics in Inclusive Pedagogy: Climate and Power in the Classroom

Addressing the Imposter Syndrome at Georgetown

Integrating Writing in the Major

Ungrading: Should We Stop Grading Papers?

So I Have Bias. Now What?

The Student Sense of Belonging at Georgetown: What We’ve Learned from the Data and Where We Go Next

Putting the Personal Into the Pedagogical: Sharing Ignatian Pedagogy With Faculty, Staff, and Students through Personal Narrative

Designing Your Course in Canvas

Curriculum Integration with the Makerhub

Creating Spaces to Lead with the Heart

Reflection: You and Your Educational Space

Build and Belong: Interventions for Reducing Georgetown Medical Students’ Perceptions of Isolation and Stress by Improving Sense of Belonging

Integrating Slavery, Memory, and Reconciliation Content Into the Classroom: A Panel Discussion

Grading with Intention: Addressing Bias and Other Assessment Challenges